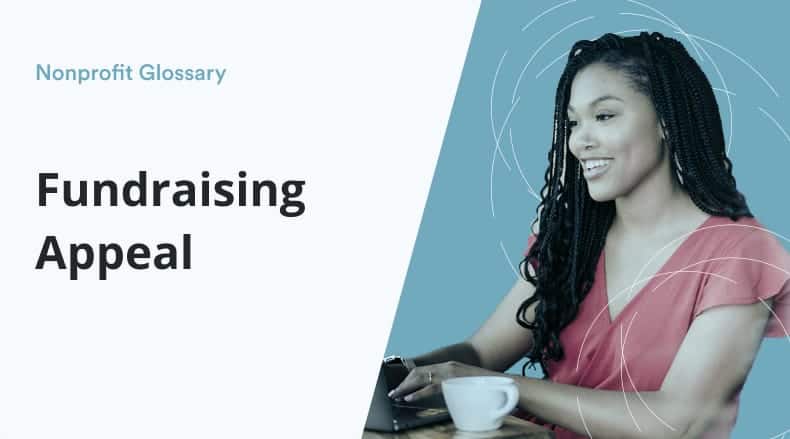 What Is A Fundraising Appeal?

A fundraising appeal is the way in which a nonprofit organization asks for financial support from its donors. Fundraising appeals are sent (either electronically or through direct mail) to supporters throughout the year encouraging them to donate. Some of the most popular times to send appeals are mid-year, leading up to Giving Tuesday, and during the “Season of Giving” or holiday season. Fundraising appeals should work to reiterate your mission, strengthen the relationship between your organization and the donor, and ultimately increase revenue.

How Do Nonprofits Use Fundraising Appeals?

Nonprofits use fundraising appeals to motivate donors to give. Appeals are often used to raise funds for specific programs or projects the nonprofit is trying to get off the ground. Appeals are a way of marketing specific initiatives and giving a nonprofit’s audience the opportunity to get involved.

What Are The Types Of Fundraising Appeals?

A general donation request is a standard way to ask supporters for donations. These appeals are short and sweet, outlining your mission, specific needs, and how the donor can help.

Though the majority of nonprofits’ support comes from individual donors, a large portion of it also comes from large corporate donors. A corporate donation request, as the name suggests, is an appeal sent to corporate supporters asking for donations.

An online donation request is a fundraising appeal that asks supporters to consider contributing to an online campaign. The appeal will direct them to a URL where they can make their donation.

A direct mail appeal is a fundraising appeal printed on paper and sent directly to donors in the mail, usually in the form of a letter.

End-of-year appeals are appeal sent — you guessed it — at the end of the year! Thirty-one percent of annual online gifts. are made during the month of December, making the end of the year one of the most important seasons for nonprofits. Make sure to secure those end of year donations by sending an end-of-the-year fundraising appeal.

Fundraising appeals are a powerful way to compel supporters to give to a cause. Appeals should always speak to the audience’s emotions, remind them why the organization’s mission is important, and include a call to action.