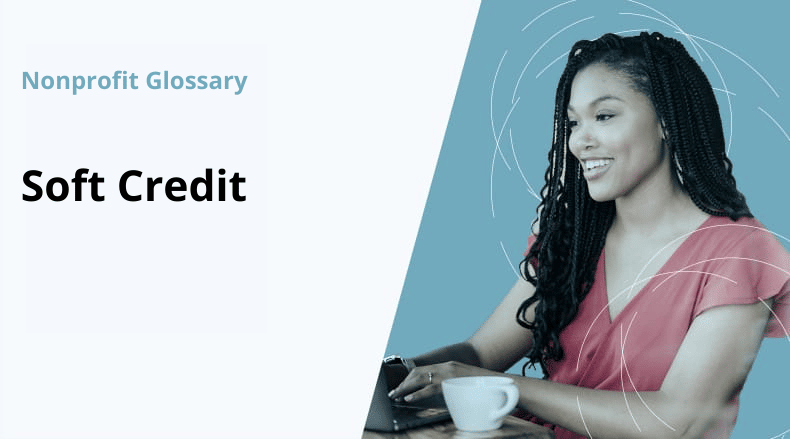 What is a soft credit?

A hard credit occurs when someone makes a donation. However, in some cases, donors don’t make a gift on their own behalf. When this occurs, it also creates a soft credit.

Here are some situations that might result in a soft credit:

To demonstrate the difference between hard and soft credit, let’s look at the first example of the matching program.

Let’s say a donor makes a $100 gift and their company matches it. Both the original donor and the employer should get a hard credit for their $100 gift. However, because the second $100 was only made because of the employee’s original gift, the employee should also get a $100 soft credit.

It’s important to track both hard and soft credits in order to properly acknowledge all donors while still keeping accurate financial information.

Soft credit should be acknowledged in the same way that the organization would acknowledge any donation. This is a good way of building relationships with a donor and showing gratitude for a gift that may not have been received had it not been for the individual, regardless if they are the one who actually made the donation.

Take once again the employer situation from above. The employer made a donation of $100, but because they participated in a matching program, the organization received $200 in donations. When it comes time to acknowledge the donor, they should be listed as a $200 gift giver, whether that means thanking them in the $200 gift category in public announcements, offering them the $200 gift giver thank you gifts, or whatever else the group would do for someone who personally made the $200 donation.

Even though the soft credit was already acknowledged, it’s still important to thank the individual who receives the hard credit for the gift. This will mean sending double acknowledgements, but it’s better to be overly thankful than not thankful enough.

When crediting the physical giver, treat them as a giver in their cumulative gift category. Going back to the employer matching program for this example, let’s say that not only did that company match the employee’s $100 gift, but they also had three other employees give $100 that they matched, and they made a $200 gift in their own name.

Thus, when acknowledging them, it is best practice to list them as a $600 donor when thanking them.

A soft credit should be given to someone who did not actually make the gift but who was the reason it was given. Thanking donors for all their contributions will lead to happier donors who are more likely to give in the future.